Below you can find a list of all Overwatch Heroes with their age and heights included. Since the game was released in May of 2016, Blizzard published various details about each character and their heritage. While there are tons of requests for both height and weight for each character we were unable to locate their weights.

But, as is always the case with our culture, both in real life and the virtual one, size matters to many. Thankfully, it does not always restrict what you can do with a character in games, especially in Overwatch. The same is true for the entirety of popular culture, where we constantly see Davids fighting Goliaths and eventually defeating them. As for Overwatch, each character is unique, and even though we’ll talk about their age and height, you’ll still be able to achieve a lot with any of them, as long as you learn how to play the game well.

That’s also because characters are the main appeal of Overwatch, so it’s not only useful but exciting to know details about them. Naturally, the special powers and skills all Overwatch characters have can affect the game a lot, but in this piece, we wanted to concentrate on Overwatch characters’ ages and heights. Let’s start with the size of each character.

Most of the heroes in Overwatch are relatively tall compared to traditional human averages. As a result of current developments in optimizing the human race such as health, lifestyle, and nutrition we have to assume that technology will influence humans heights in the future.

We have already seen significant advances in our average height. Naturally, there is a lot of scientific data for this increase, but it’s enough for us to enter an old house from the early 1800s to realize how much smaller people used to be.

Even a person of average height will have problems entering a home that’s less than 200 years old.

The interesting thing here is that people’s average height has risen by some 4 inches across all industrialized nations. Many things have played a part in our growth, but it’s clear that the change hasn’t been the same in all countries. Nations in Europe and North America are among the tallest globally, while people from Southeastern Asia are among the shortest.

The same is true with Overwatch characters. Some of them are very tall, like Roadhog, Doomfist, Reinhardt, Bastion, and Winston, all around 7 feet (2m) tall. The shortest characters in the game are Lúcio, Torbjörn, Genji, Mei, Sombra, and Tracer. All in all, the heights of Overwatch characters conform to the average sizes of real humans, which is something Blizzard Entertainment was careful to respect.

Below you’ll find a complete list of Overwatch character heights. Take a look, and you’ll see how similar they are in size to our human standards., but bear in mind that we haven’t been able to find the height of characters like Sigma, Wrecking Ball, and Baptiste.

By this, we mean characters like Mei, whose biological age is 31, but her chronological age is 40. Then there’s Orisa, who is not even one year old. There’s also Echo, whose age is unknown as it’s currently considered classified. As for the rest, their ages are all over the place, ranging from 14 to 62. The oldest character in the game is Sigma, who is 62 years old.

All in all, Overwatch character ages are quite interesting. If you want to learn the ages of all of them, you’ll find a list of all character’s ages below.

Check out our Overwatch Betting page for more information on Overwatch. 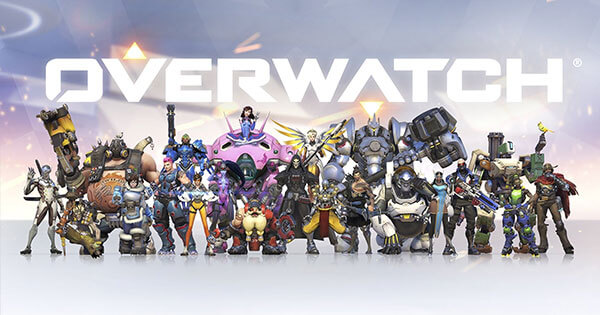 Who is the shortest character in Overwatch?

Who is the best Overwatch character?

As we’ve discussed in this piece, every Overwatch character has a unique set of abilities and skills that make them great. So, deciding which character is the best has mostly to do with personal preferences. In terms of popularity, the best characters are Soldier 76, Mercy, Lucio, Orisa, Moria, Widowmaker, Genji, Tracer, Zarya, D.Va, and Doomfist.

How many Overwatch characters are there in 2021?

As of April 2022, there are a total of 51 characters in Overwatch. At launch, there were only 21 of them, but over time, more unique characters were added. The latest addition to the game was Echo, who was added in April 2021. Before Echo, the newest character was Sigma, whom Blizzard added in August 2019. However, we already have another character announced — Sojourn. This character’s release date is still unknown.

Who are the original Overwatch characters?

When Overwatch was announced back in November 2014, Blizzard released the identity of 12 characters. These were Tracer, Reaper, Widowmaker, Pharah, Reinhardt, Mercy, Torbjorn, Hanzo, Winston, Zenyatta, Bastion, and Symmetra. But when the game was released in May 2016, there were a total of 21 characters. The other nine characters added were Zarya, McCree, Soldier 76, Lucio, Roadhog, Junkrat, D.Va, Mei, and Genji.