We’re at the business end of the NA LCQ 2022 with the final few days remaining. The lower bracket quarter-finals just took place with 100 Thieves eliminating the Sentinels from NA LCQ 2022. How did the match go down? Who was at the top of his game? What awaits 100 Thieves now? We’ll cover that and much more only at Gamopo!

From the look of things before the match, the odds were pretty even between the Thieves and the Sentinels. The Sentinels conceded in their debut match of the tournament against The Guard and were sent to the lower bracket. Their only win came against Shopify Rebellion. 100 Thieves on the other hand won their first match of the tournament against NRG but lost to FaZe Clan. Thus, both the teams met at the lower bracket quarter-finals.

Here’s how the teams lined up:

100 Thieves started off strong on Sentinel’s pick winning the first 4 rounds rather easily. Things went back and forth from there but the Thieves ended the half 8-4 in their favor. The Sentinels started off the second half trying to level the score and bring the game back in their favor. The score was soon 12-9 with 100 Thieves winning but the game was not over yet. Sentinels turned it around making it 12-12 and it was now overtime. Both teams looked sharp but it was Sentinels that clinched the map in the end winning it 17-15.

100 Thieves started off Breeze strong as well winning the first 2 pistol rounds. From then on, both the teams were pretty neck and neck as the half finished 7-5 in favor of the Thieves. Despite valiant efforts showcase by the Sentinels, Thieves held them off pretty well. They didn’t take long to secure the map winning it 13-7. Sentinels really faced the wrath of 100T in the second map. The match was now 1-1 and Haven was the decider.

The Thieves maintained their tradition of dominating pistol rounds with the scoreline reading 2-0 yet again. The first half ended well for 100 Thieves ending it with a scoreline of 8-4. At this point, they were pretty close to victory. They got even closer winning the pistol rounds of the second half. The Sentinels, however, showed great resistance as they won streaks of rounds barely conceding a round to 100T but it was too little, too late. 100 Thieves picked up the map 13-11 and so, they picked up the series. 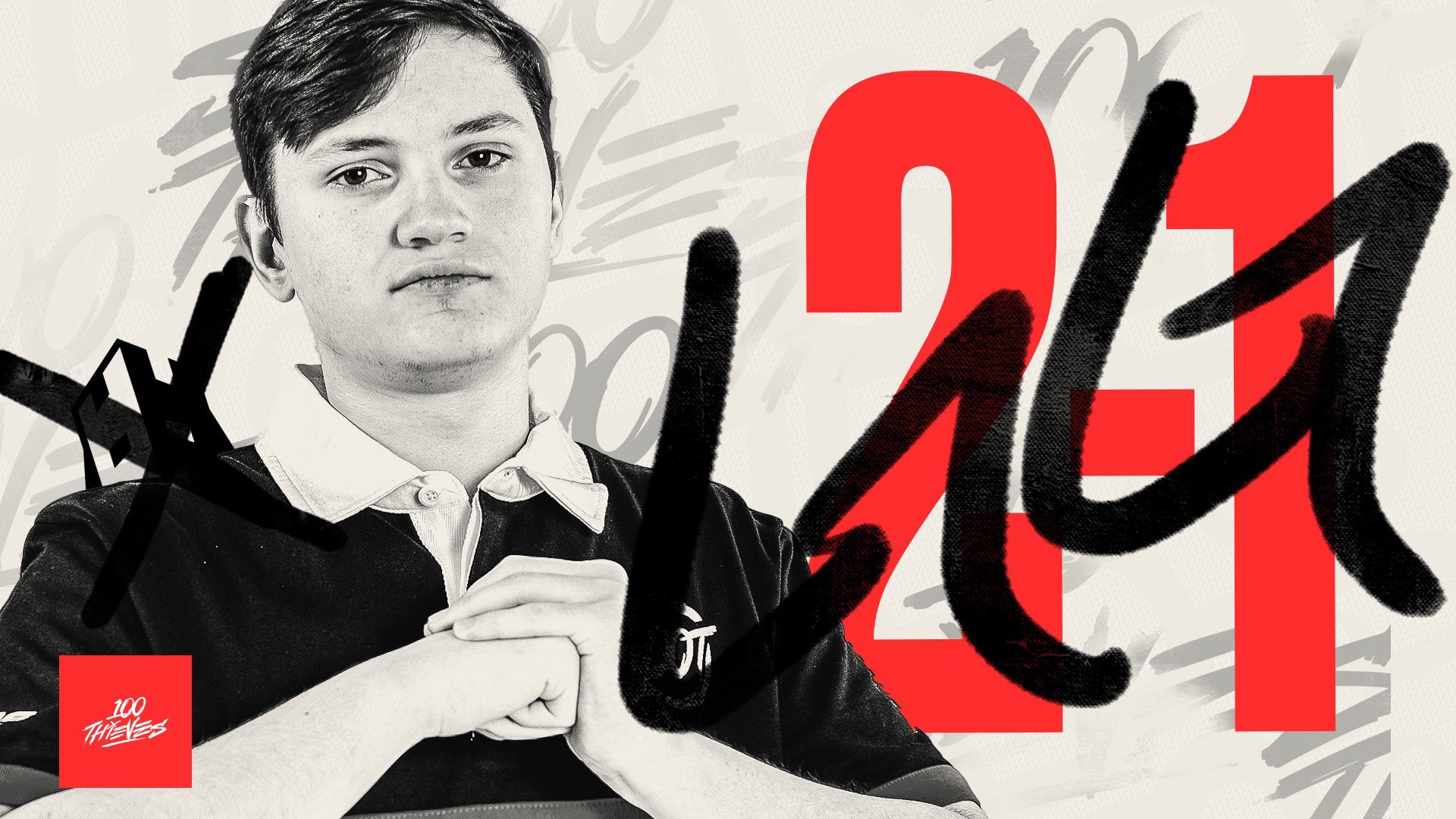 100T Nadeshot was quick to compliment the Sentinels on Twitter:

What a fucking match. Sentinels really didn't have to make me sweat like that. I gotta tip the cap to those guys, they're great for competitive Valorant no matter how you try to cut it. GG's @100T_Esports.

100 Thieves will be facing Cloud9 in the semi-finals of the NA LCQ 2022 on 13th August. 100 Thieves have one only once against C9 in the last 5 matches they have faced each other. The last time the two teams met were at the VCT NA S1: Challengers where C9 won 2-0. Cloud9 has the same roster since then with Thieves having 4 player changes. With that in mind, it’s a little tough to predict who’ll win but 100 Thieves might just clinch it.

Popular content creator and former CS:GO pro, Shroud has joined the Valorant roster of Sentinels. The move comes as a shock to fans as he last played professionally for Cloud9 in 2017. But with the inclusion of the highly-admired popular content creator, a number of questions have arrived. “Who is he replacing? What role will he be playing? How did he even get here?”- and much, much more. Today, we figure out all of that and maybe some more.

Most fans know Shroud as a streamer but before that, the North-American was a well-known Counter-Strike player. Shroud went from a nobody to a CS:GO pro to almost retiring and then retiring to become a full-time streamer and now debuting professionally on Valorant. If that isn’t wild, then I don’t know what is! Let’s dive a little into the illustrious career that Shroud has enjoyed so far.

Michael “shroud” Grzesiek started off his journey with esports with Counter-Strike: Global Offensive. Since the launch of the title, Shroud had been a familiar face in the scene. He first j0ined Manajuma as a professional player, a team from America. Soon after, he was acquired by Complexity Gaming as a stand-in player instead of Todd “anger” Williams. Complexity was soon grabbed by Cloud9 and Shroud was given a permanent contract. Shroud found home in Cloud9 as he spent three eventful years with the organization. The Canadian picked up a number of titles under Cloud9 including the ESL Pro League Season 4 and ESL One: Cologne 2017. However, he was one of the players to get benched when William “RUSH” Wierzba and Tarik “tarik” Celik joined the starting lineup. Cloud9 announced that Shroud opted to serve as a backup and pursue full-time streaming. A few months later in 2018, he officially announced his retirement from playing CS:GO as a professional. At the same time, he left Cloud9 to further explore new fields.

Shroud’s transition from a professional CS:GO athlete to a full-time streamer went smooth to say the least. He started streaming regularly on popular platform, Twitch and enjoyed unparalleled success there. Michael has always streamed a diverse set of games, including but not limited to Counter-Strike (of course), PUBG, Escape from Tarkov, Valorant and multiple single-player games as well. This allowed him to be open to massive groups of gamers who didn’t have a hard time liking his cheeky personality at all. All of this led to Michael climbing his way to be the 7th most followed streamer on Twitch. He is just behind the likes of xQc and Tfue in terms of total number of followers on Twitch. His top-notch content also led him to win the Content Creator of the Year at the The Game Awards in 2019 and Gamer of the Year at The Streamer Awards in 2022. His streams on Twitch regularly host more than 40,000 viewers.

Even though Shroud has never played competitive Valorant, he has streamed hundreds of hours on it. At the onset of Valorant, Shroud played some of the more laidback tournaments like the Nerd Street Gamers Invitational 2020 and the 100 Thieves Invitational 2020.

In a Twitter post yesterday, Sentinels announced the acquisition of Shroud.  Being years away from the competitive scene and with no previous hint, fans all over social media went berserk after the announcement. And it was not just the fans, Valorant professionals and their teams were taken back as well.

Wanna bet on the Sentinels but don’t know how to? Then be sure to check out our betting academy!

With Shroud being the latest recruit of the Valorant roster of Sentinels, this is how we can expect the lineup to look like at North America: LCQ 2022

ShahZam will continue to serve as the IGL for the American side. Shroud will serve as a Controller for the team.

Will Shroud prove to be a wise acquisition for the Sentinels Valorant roster? Guess that remains to be seen at the NA:LCQ 2022!