Counter-Stike:Global Offensive has become a worldwide known first-person shooter game. Ever since it became an eSports, CS:GO started attracting a lot of various sponsors who were willing to invest money into the tournaments.

Not only betting and gambling providers are sponsoring teams and events, but car companies are also in this type of marketing as well. Let’s take Astralis as an example. Their main investor and sponsor is Audi, a German automobile production giant. Furthermore, they are also sponsored by a clothing company Jack&Jones. Team North, on the other hand, is sponsored by Adidas. Now you are aware how much money is invested into this eSport in particular, let’s take a look at some of the biggest CS:GO prize pools to date.

This event took part in Haikou, Hainan, China. There were 32 teams invited from all over the world. This tournament had a lot of qualifiers, and in the end, Swedish roster Fnatic came on top and bagged themselves a total of $800.000.

However, there were a lot of problems with this tournament. Mainly, a lot of players were unhappy about their

accommodations. Furthermore, money was not paid out to several teams and player, which led to numerous accusations, so WESG chief had to make a statement about those allegations. In the end, players found out that China’s government has to check every transaction above $40.000.

As you can see from the prize pool and regions competing, there was a lot of money invested in this tournament. You are probably wondering how could they afford such big expenses. Money was mostly acquired through their sponsors. Here are the main sponsors of WESG 2017:

Eleague Season 1 took part in North America, Atlanta, Georgia, to be more exact. It had a total of 3 qualifiers for the main stage, and 24 participating teams on the said stage. Eventually, Polish veterans, Virtus.Pro stormed through the tournament and won themselves a total purse of $390,00. 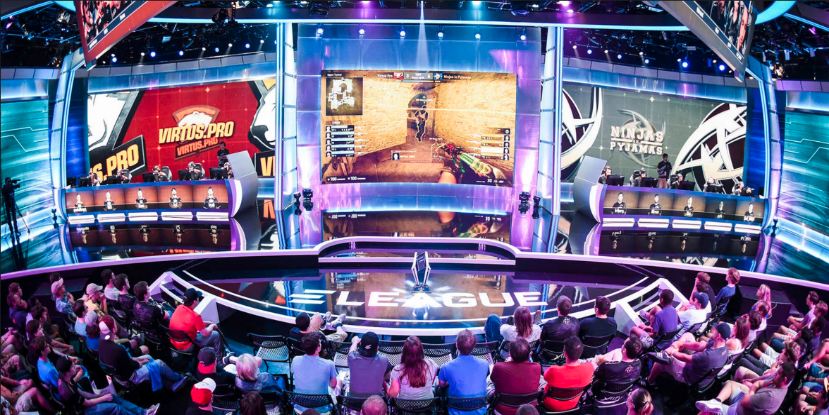 This event was very important for the entire eSports community, mainly because it was streamed live on cable television, on the channel TBS. This was a first CS:GO’s attempt to make it into the big mainstream media outlet. According to the final numbers, Eleague Season 1 attracted over 19 million total viewers on TBS. However, in the first week of broadcast, this event attracted 509.000 total viewers which is higher than the regular season average of the NHL broadcast on NBC Sports (384,000).

Maint event was played in the Turner Sports venue, a very modern and probably expensive venue. Even though this tournament was broadcasted on national television, it did not attract giants from the automobile industry, or anything similar. Most of their sponsors were in the technology or gaming business. These are the biggest sponsors of Eleague Season 1:

Another WESG event hosted by Alisport and ImbaTV. This time there were 23 teams fighting it out for the grand prize. One thing you will have to understand is that these were the early days for CS:GO as an eSport. 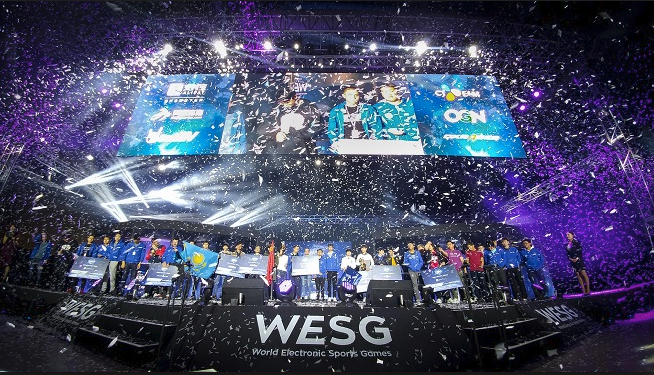 This tournament was offering an outstanding prize, which was unbelievable to even think of. So logically, this event attracted a lot of top-tier teams and a lot of sponsors. In the end, French roster EnVyUs lifted the trophy and cashed in on an $800,000 check.

It was played in Changzhou Olympic Sports Center, and it attracted a lot of CS:GO enthusiasts and fans. This tournament was a big boom for the Counter-Strike:Global Offensive and it was able to attract numerous different sponsors.

Another season of Eleague event was presented with a slightly less money in the prize pool. Taking place in the same town, and in the same venue as well.

This event was aired for a total of 74 hours in 2 weeks, and it managed to gather a total of 6 million viewers. North American organization Optic Gaming was able to win the entire thing, earning a stunning $400,000.

If we are to talk about sponsors, nothing changed from Eleague season 1. All the main sponsors stayed, as this was probably signed as a long-term contract.

Most of the major tournaments are having a total prize pool of $1.000,000. Let’s take the latest major as an example. It took part in the sold-out Wembley stadium in London, with 16 best teams participating. Even though they managed to sell out an entire venue, they also earned a lot of money from their sponsors, so there is one question we should all ask ourselves, why is the prize pool still only $1.000,00. The tournament managed to attract a huge number of sponsors, some of them being the most popular bookmakers, while the others are giants in the gaming industry.

In the early days of CS:GO, the fan base was not that big, minor tournaments were not streamed at all, even if they were streamed they would attract only a few hundred viewers. However, once bookmakers decided to provide odds for certain CS:GO tournaments a lot of bettors decided to watch those tournaments and placing either pre-match bets or live bets. Let’s face it, most of us are entertained by betting, especially on a game as exciting as Counter-Strike:Global Offensive is.

In the begging, CSGO betting was a one-way street, you could only bet on the winner of a certain match. However, in 2018, we have a lot of eSports specialized bookmakers, in the likes of 22bet and Arcanebet. Not only will you be able to bet on match winners, but you can also place a live bet on certain matches, specials are insane, as you can bet on a pistol round winner, rounds handicaps, top fraggers for their teams, and many others. You can also bet on an outright, which means placing a bet on a team to win an entire tournament. Most of the time, the odds on it are enormously high.

Overall, the betting industry has added a new dimension to the community and size of CS:GO prize pools. Furthermore, bookmakers are doing a smart job by investing their profits back into the game, mostly by sponsoring teams and tournaments.

How Easy is Cheating in CS:GO?
Scroll to top