The outstanding Footballing nation, Brazil have now been crowned the undisputed Champions of the FIFAe Nations Cup 2022. The South American nation beat Poland in the grand-finals to bring the trophy home.

The FIFAe Nations Cup is the final event of the FIFAe Nations Series. FIFA is the official organizer of the tournament presented by EA Sports. The last time the event took place was in 2019 with France picking up the title. The event was cancelled the following years due to the Covid-19 pandemic. This year, 24 teams from around the world took part in the competition. Denmark were the hosts of the Nations Cup this time. The tournament followed a 2v2 format and 24 teams were drawn into 4 groups of 6 teams each.

Brazil were placed in Group A alongside the likes of Argentina, hosts Denmark, England, Scotland and Singapore.

The Selecaos were off to a rather unimpressive start drawing their first two matches against England and Argentina. Things continued to go South as they lost their next match 1-2 against Denmark. Another draw and a loss against Scotland and Singapore respectively pulled them real close to saying goodbye to the Nations Cup 2022. However, they turned things around going on to win 4 out of their last 5 matches against the same nations. With the help of some luck, they found themselves in the knockout stages. Their first opponent was Spain winning 2-1 on aggregate against them. Up next was defending champions France who also fell a goal shirt losing 1-2 on aggregate. It was then Italy that stood between the South Americans and a chance of making it to the finals. A plethora of goals were scored in both the legs with scorelines reading 2-2 and then 2-3 in favor of Brazil sending them into the grand finals. 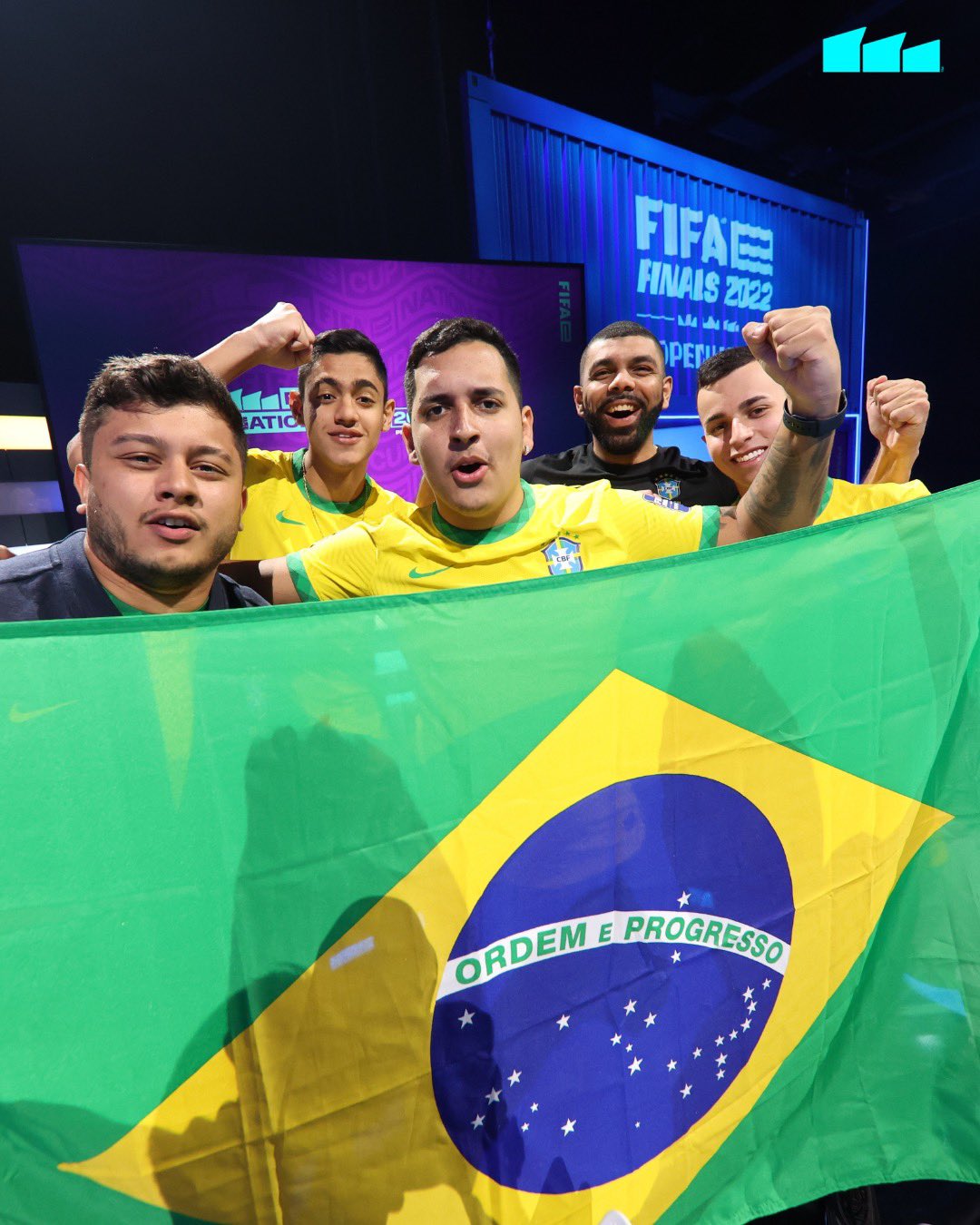 Interested in betting on FIFA? Be sure to check out some of the top FIFA betting sites that we highly recommend!

The grand finals of the FIFAe Nations Cup 2022 took place between Brazil and Poland. Furman and Damie represented Poland while Phzin and Crepaldi hoisted the Brazilian flag.

In the first leg, the teams seemed to play it safe trying to keep possession of the ball. Both the teams created solid chances throughout the 90 minutes but failed to score a single goal. As was the case of many matches, the first leg of the finals ended 0-0. However, fans were not disappointed with the second leg. In the 42nd minute, Walker delivered an early cross from the right side with Kimpembe slotting in a fine volley making Poland go up 1-0. Brazil picked up the pace and started to play a bit more aggressive in the second half. It soon paid off thanks to some razzle dazzle followed up by a beautiful finish by Messi in the near post. The scoreline was now 1-1 and it was anybody’s game now. The clock kept ticking and as it reached the 90 minute mark, the unthinkable happened. A shot by the R9 Ronaldo deflected off of a defender of Poland and was picked up by Cristiano. A beautiful flick to turn it towards the post and was volleyed past the keeper in the 92nd minute. The final whistle blew right after the kick-off and the arena erupted in celebrations for Brazil.

WE HAVE THE FIFAe NATIONS CUP CHAMPION!

The first ever South American champions of FIFAe Nations Cup, Brazil is now home with the largest share of USD 400,000.