League of Legends is quite synonymous to its rival title Dota 2. The map structure, creep spawning, and the monsters are similar except the mechanics of both the games which heavily differ from each other. Learning how to play League of Legends is somewhat easy for the beginners. However, there are some key points in the game that every new player should be aware of. This League of Legends for Beginners Guide will not only comprehensively explain the role of every class of champions in the game, but also help you pick the best LoL odds in the betting industry.

Unlike many games, In League of Legends, you just have to control one character or champion, so it’s even more important to know the characters comprehensively. So, before you start a game you should either test out the champion in a game against bots (AI opponents) or at least read through the spell to have an idea of what he/she can do.

If you want to learn a new champion later, it makes sense to search the internet for guides on the various sites to get an impression of how to perfectly play the champion.

Depending on that, champions can be subdivided into the numerous different classes. So, if you want to understand the meta game and discussions in different forums, you should be able to know and distinguish these terms.

Carry is a game-changing champion. Of course, every champion is game-deciding in his own way, but carries are the ones whom everyone looks at. The word “to carry” means to wear, meaning the champion is there to carry his team and lead to victory. 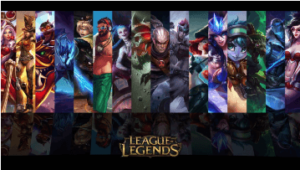 In principle, a carry can be anyone, whether Blitzcrank, Gragas, Malzahar, Ashe or Corki. Therefore, a distinction is actually made here as follows: A carry is a Damage Dealer (DD), which is divided into AP Carry, or AD Carry. Champions like Malzahar, Swain or Vladimir are so-called AP-Carries. That is, they deal more magic damage than others and can quickly eliminate the opposing team. AP stands for Ability Power, which means that they scale with Ability Power (or their spells). They are also often dubbed as casters. AD Carries are champions like Ashe, Corki or Ezreal. They deal significantly more physical damage and scale very well with attack damage, meaning their damage comes mostly from auto attacks.

In League of Legends, supports are champions who support or heal their team through specific abilities and LoL items. These include above all Janna, Taric, Sona, and Soraka. 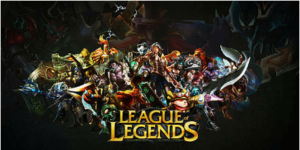 There are a few more supporters, but in principle, these are the best. They each have healing spells and shields to support their team.

Supports usually spend their gold on tactical items like buying wards and get Map control for their team.Furthermore, supports take no minion kills, meaning they support their AD-Carry in the bottom lane and let him take all the Last Hits.

After supports and carry, we go to the kings of the top lane, namely the tanks or off-tank.  The term off-tank is referred to the anti-carry, such as Mundo, Akali or Maokai. 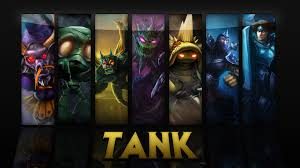 It is essential to get as much farm as possible because often the top lane can decide the fate of the game. Especially Jarvan IV and Irelia are of course in the current Meta. At the same time, you cannot push too far, because the opposing jungler can come from behind, and take advantage of your careless positioning.

You can also think of a “tank” as a champion that can absorb the damage of the enemy and somehow attract the fire of the opponents. For example, Rammus, Shen, Cho’Gath or Malphite tanks. Their abilities make them accustomed to initiate a team fight and protect the team. The direct translation here illustrates the whole thing: they are “tanks”.

Most champions need mana to use their spells. However, this does not apply to everyone, so in the following is briefly explained what you have to pay attention to:

These champions do not use mana or anything like that. Their spells are completely free (Vladimir has two spells that cost lives). They are limited only by their cooldown.

Spells (partly) cost lives in these three champions. If you kill yourself with a spell because you have so little life, the spell cannot be performed until you regenerate the required health.

This champion uses anger. His abilities also do not cost anything, but they generate rage and if you have over 50 rage your spells are boosted. He also gets rage with Auto Attacks.

Rumble creates heat through its fire magic. As soon as he has over 50 heat, each spell deals out more damage, but if it comes to 100 heat it stops for a few seconds and deals a little more damage with its auto attack.

The three ninjas and the blind monk use energy. They have 200 energy and regenerate mana a lot quicker than the other Champions.

What do you have to learn when playing an AD-Carry? Well, in principle there is not much to pay attention while playing the AD Carry, but of course, there are a few things that will be explained below.

As soon as the game begins, it will be standard for you to go to the bot lane with a support who gives you all the last hits. On the other hand, if you go down to the lane with someone else in the bot lane, you cannot guarantee that you will get your last hits.

No matter if you go to the Duo-lane or Solo-lane, you have to pay attention to the minion in both ways. At the same time take care not to get harassed too hard. This requires some practice, especially as there are some champs who can quite possibly nuke you to zone you out and effectively keep the lane to themselves. Therefore, it is essential to know your champion inside out. Speaking of playing an AD carry, you have to be better in many situations, especially on the solo lane, than your opponent.

Caster is the one who goes to the mid lane. As a caster, it is much easier to farm than AD-Carry. The main reason is that you have a solo lane and you do not have to compete against two opponents. In addition, after a short time, you have the opportunity to farm with your spells. This gives you the opportunity to zone your opponent if you are either better than him or if you have a stronger champion and are superior to your opponent.

The fact that you have the solo lane also makes you much more vulnerable to ganks since it is difficult to secure the lane with wards there.

Of course, the enemy is just as prone to ganks as you are, so you can always ask for a gank if the opponent is too close to your own tower. Accordingly, it is vitally important not to use all of your spells for farming, as you will be fast at the enemy’s tower and will be an easy target for enemy ganks. However, if the creeps are pushing into the tower, you should use the spells to clear the wave and get the Last Hits.

As a support, you have undoubtedly the simplest job in the game, nevertheless, there are also some things that have to be considered.

As a support player, it is only possible to go with the AD Carry on the bot lane. Here you let him get all minion kills and support whereas possible. Since you do not get any minion kills, it is essential to invest your gold in wards. In principle, you do not have to do more when playing this role. If sometimes you have enough money to buy an item that is nice, but getting the map control with your wards should be the first priority.

Jungler role in itself is really not difficult, but if you want to optimize it and really master it, the whole thing looks completely different and you really have to know a lot. 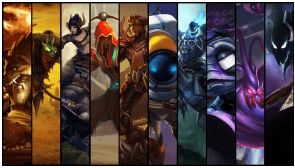 To effectively jungle you have to look at each champion’s speed, invasion, survivability, path / build, and ganking, and then decide if it’s worth chasing with him at all and then building on his strengths.

Often time in the League of Legends competitive scene, junglers are the ones which setup the teamfights. Jungler’s high farm-rate and level advantage over other champions makes it an excellent choice to setup the ganks.

Gyeonggi is a province in South Korea with a population of over 12 million.

11,5 million of those are apparently professional gamers but there are a few that are not into gaming, as I’ve heard.

For the uneducated ones, South Korea is the biggest shrine of our world.

A place where gamers go on a pilgrimage and pay respects to the legends, such as Faker, Mvp, Life and several others.

It is also a place that is soon to be the epicentre of ESL’s LoL, SC 2 and Overwatch tournament — IEM Gyeonggi 2016. END_OF_DOCUMENT_TOKEN_TO_BE_REPLACED